List of the twelve nominees during the Annual BCI Award 2017 conference.

SigViewer is a viewing application for biosignals such as EEG or MEG time series. In addition to viewing raw data, SigViewer can also create, edit, and display event information (such as annotations or artifact selections). Available formats: GDF, EDF, BDF, DAT, CNT, VHDR, BKR and EVT. 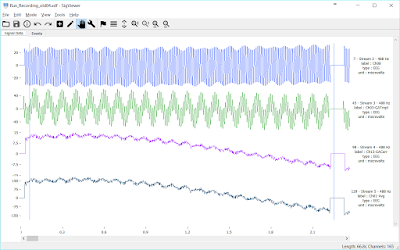 Neuralink is Looking for BCI Engineers and Scientists

Neuralink, the BCI company from Elon Musk based in San Francisco, are looking for engineers and scientists. 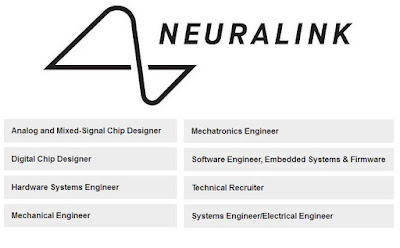 Neuralink is developing ultra high bandwidth brain-machine interfaces to connect humans and computers. No neuroscience experience is required: talent and drive matter far more. We expect most of our team to come from other areas and industries. We are primarily looking for evidence of exceptional ability and a track record of building things that work.

In July 2017, during 3 days, was held in Berlin the First Biannual Neuroadaptive Technology Conference where several scientific papers related to BCI were presented. Here are the titles of the various themes published that can be found here. 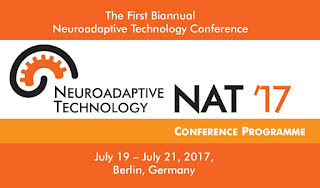 New algorithms applied to classification and processing of EEG data will allow to identify more clear behavior patterns related to an action thought by the user. This is one of the objectives of my BCI PhD work that I will share with you soon. The approach will be done in a first phase through the EMOTIV equipment and Python language also using statistical signal processing techniques. If you have interest in this matter stay tuned!

Promoted by BCI Society, the BCI journal aims to be a information repository, with "Journal News", "Call of Papers" and much more, making available its reading to the scientific community and to all those who are interested in this area.

BCI journal publishes high quality, original research articles encompassing analysis of theoretical and practical advances in brain-computer interface (BCI) technology. Articles should expand upon novel and innovative research where the methods, analysis and conclusions are robust and of the highest standard.

This World Congress aims to gather researchers, renowned speakers, Nanotechnologists, Nanotech-engineers, Pharmaceutical professionals and leading specialists in order to discuss current developments and future trends in Nanotechnology and Materials Science. The scientific program paves a way to gather visionaries through the research talks and presentations and put forward many thought provoking strategies.

Neuralink will build a brain computer interface (BCI) or "neural lace" that will eventually "upload thoughts" to the internet but, along the way, deftly heal those with epilepsy, Parkinson's and depression, and restore function to people with stroke and brain injury for good measure. What could Musk's lace possibly look like?

The basic brief for any BCI is to record the electrical activity of brain cells and sometimes squirt back a little voltage to stimulate those same cells. EEG records brain waves from outside the skull, but high fidelity means getting up close, generally by draping an array of 100-200 electrodes over the dura, the brain's hard outer layer, or plunging electrodes directly into the squishy stuff. These deeper brain dives have, already, produced some astounding results. 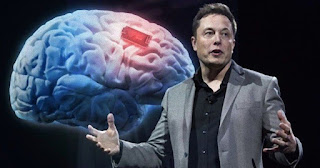 Deep brain stimulation has helped people with uncontrollable tremor from Parkinson's hold a cup of coffee. In epilepsy, the NeuroPacedevice senses an impending fit and heads it off with a judicious surge of current. A DARPA program culminated in a paralysed woman using her thoughts to control a robotic arm and gently shake hands with an incredulous interviewer. And a February article reports that a woman paralysed with Lou Gehrig's disease used the BrainGate device to type at a record eight words per minute. With her thoughts.

There is, however, a big problem with sticking things in the brain. 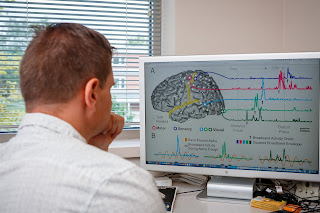 "You have an electrode that's hard and artificial, it's made of metal and it's spiky. And on the other side is the brain that's soft, chemical, electrical and pliable. Those two things don't work together all that great," says Schalk, with neuroscientist deadpan.

Brains get traumatised, scar tissue forms around electrodes, the signal degrades, the body rejects the device, and so on.