In the beginning of 2011 Toyota and Parlee announced the "Toyota Prius concept bike". This new bike has a large part of the materials in carbon fiber which keep it light and easy to move. "Its brakes were molded into the fork and bottom bracket to increase aerodynamics, along with countless other tweaks that were tested and validated in the wind tunnels at MIT. A built-in dock for a smartphone enables riders to view information about their speed, cadence and heart rate." There were also some more innovations but the most interesting was the use of BCI using EPOC equipment to read EEG. The next video shows Toyota's presentation.

In January 2013, after a large number of months of development, this bike was present in the Detroit Auto Show with their all innovations. All but except one: The helmet with neurotransmitters to enable the cyclist to shift gears just by thinking was not part of the presentation. 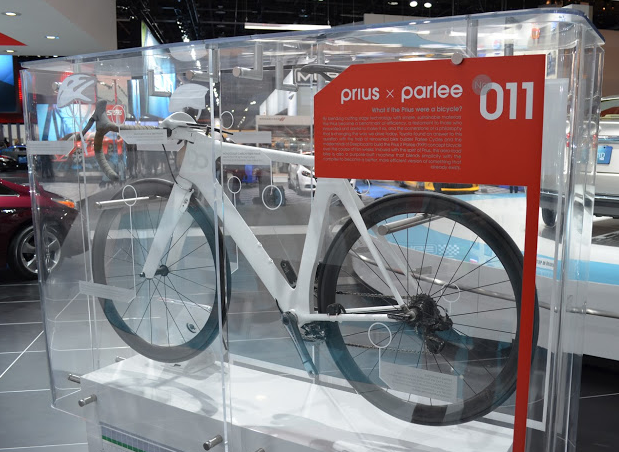 The question is: Why? Well, it is totally different to use this equipment in a testing room comparing to use outside in a bad floor. Probably the large number of artifacts created with the street vibration can produce in real-time serious problems to this system. Let's wait some more time to see if this BCI project can have the imagined success.

In the last week of 18 to 23 February was held in the Faculty of Science and Technology of Lisbon - Portugal the JORTEC (TEChnological JOuRneys) 2013. The organizing commission of the biomedical’s JORTEC had some lectures and workshops very interesting during this days.

Listing some we have:


More information can be obtained in the JORTEC2013 webpage.

After almost 6 months with less activity the open-source OpenViBE BCI application has begun a new project and it has now the software version 0.15.0. With this upgrade, for now, it is possible the Acquisition-Server (AS) receive simulations from external applications that must run at the same computer where the AS is installed.

New features are expected as well as professional use. The french company Mensia Technologies located in Paris is an example with their core business centered in OpenViBE.
Hopefully this project will continue his development offering new features and keeping based in user-friend technology!